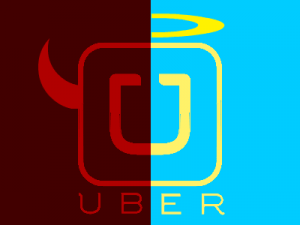 Along with Uber’s success, the media has been flooded with controversies. Within the last year multiple countries in Europe have banned Uber operations, mostly due to unlicensed drivers. Europe isn’t the only one that is questioning Uber’s operation requirements.

In the U.S., Kansas has completely banned Uber from operating within the state based off the lack of thorough background checks; Nevada has halted Uber services in a violation of transportation laws; in California, more specifically San Francisco (Uber’s birthplace), has filed a civil lawsuit against the company because of the lack of background checks, which has resulted in countless assault accusations.

Near Me had a chance to speak with Philip Lay, Senior Advisor of The Chasm Group, on our podcast series The Crowd. Among conversations about the tech industry, and the requirements for success long term, he touched on some personal thoughts about Kalanick’s business ethics and operation decisions.

“Disruption is an act of responsibility, not irresponsibility. I think one of your responsibilities when you introduce something that could disrupt how things operate today in the world, is actually to understand the perspective of the disruptees. If you treat them as sort of guilty parties that don’t deserve to have a business, then you have the Uber behavior.”

We all know about the Board of Directors for large companies, being the congress of private sector companies, if you will. With multi-billion dollar companies they must have boards, and they do, but it’s a facade of checks and balances. Lay expressed his concern for these practices, not just with Uber, but tech companies at large.

“The board of directors in companies these days have very little influence on entrepreneurs. The board has no control. So essentially, Travis Kalanick is kind of an uncontrolled loose cannon right now. And I don’t know who has any influence or control over his behavior. I do foresee some real issues with companies that try to go public.”

The question is, will they start to conform to state and country regulation requirements, or will they continue to be shut down state by state, or country by country? Some may say Uber is leading the pack of a new generation of business that can’t be regulated, and shouldn’t have to be; traditional government can’t keep up with the evolution of these models, therefore they shouldn’t be held to the same standards.

In my opinion, Uber is not just the “bad boy” of peer-to-peer ecommerce, they’re making irresponsibility seem acceptable. It’s one thing wanting to keep your business private, and not comply with traditional government regulations, but the lack of background checks isn’t ethical. When you start putting customer safety at risk, is when I, as well as others, start to second guess the numerous rides we’ve taken through Uber. There have been numerous accounts of assault and negligent deaths involving Uber drivers. If something as simple as doing in-depth background checks can’t be done, than I personally can’t ride with them. It’s as simple as that.