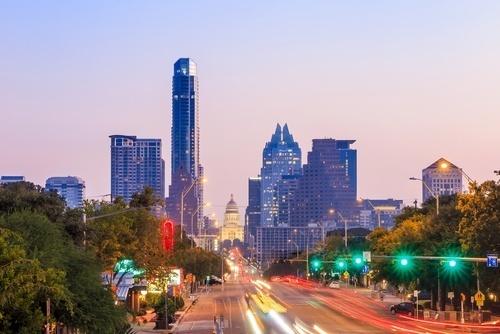 Companies in the booming sharing economy have made it easy for people to access goods and services through peer-to-peer, but the convenience also comes at a price. Stories of unsafe Airbnb rentals or reports about drivers assaulting passengers have raised concerns over whether or not these unregulated services should be allowed in American cities. In an article for Shareable, Maira Sutton (@maira) talks about the alternative ridesharing companies in Austin replacing the old monopolies.


Last month, the city passed a bill to regulate ridesharing services the same way as taxis. A main point is that drivers would need to pass background checks and have their fingerprints taken. Lyft and Uber lashed back with an 8 million dollar campaign against the new law, but ended up boycotting by removing all their drivers. Passengers were left hanging and drivers were upset as their main source of income had dried up.


One of the companies that emerged out of the chaos is Arcade Fire, which started out as a Facebook group where drivers self-organized into teams to refer and connect with passengers. The founders of the app plan on releasing it in August and in July in Austin. The app is supported by a blockchain technology allowing drivers and passengers to transact in a permissionless way. With over 32 000 users already, growth seems very likely.


Another company is RideAustin. Like Uber, it is run by a centralized system, but instead of being managed like a corporation it is nonprofit. Their mission statement is to provide the best service for passengers and drivers without pressure to make a profit for their shareholders.

Although I have yet to use services other than Lyft or taxis, I would be very interested in trying some of these alternatives. Until Lyft and Uber make background checks mandatory for their drivers I will always hesitate about using them. The success of these ridesharing companies in Austin reveals that, despite tighter regulations and limitations on the bigger companies, alternative services are succeeding with a more community driven model, and isn’t that what the sharing economy is supposed to be about?

Do you use any ridesharing services besides Uber or Lyft? Let us know in the comments below.