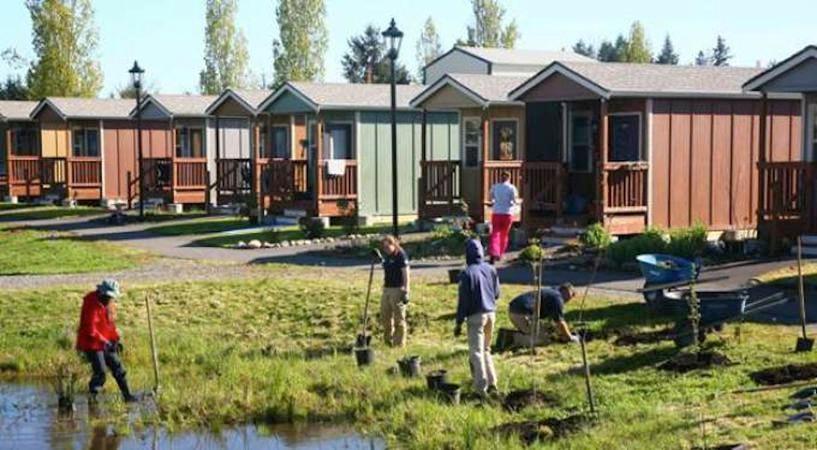 As the holidays approach and we join our loved ones, it’s nice to come together and be grateful for everything we have. Many Americans, however, some as close as Sonoma County, won’t have a place to come home to. In an article published recently on Shareable, Cat Johnson (@catjohnson) describes how Sonoma County plans to build a tiny house village for its homeless.

Officials in Sonoma County began the project at the beginning of November as a first step to building low-cost housing for the county’s homeless. The Sonoma Board of Supervisors has awarded county staff $75,000 to evaluate six sites in Santa Rosa that would be the right fit for the village, 8 to 12 structures possibly including:

If all goes as planned, this site could inspire similar models across the country. It couldn’t have come at a more pressing time Johnson explains, “Sonoma has over 3,000 homeless, with 2,000 of them sleeping outside.”

The initiative joins others like it in different states, including a homeless encampment in Olympia, Washington that was transformed into Quixote Village, a tiny house village of 30 homes.