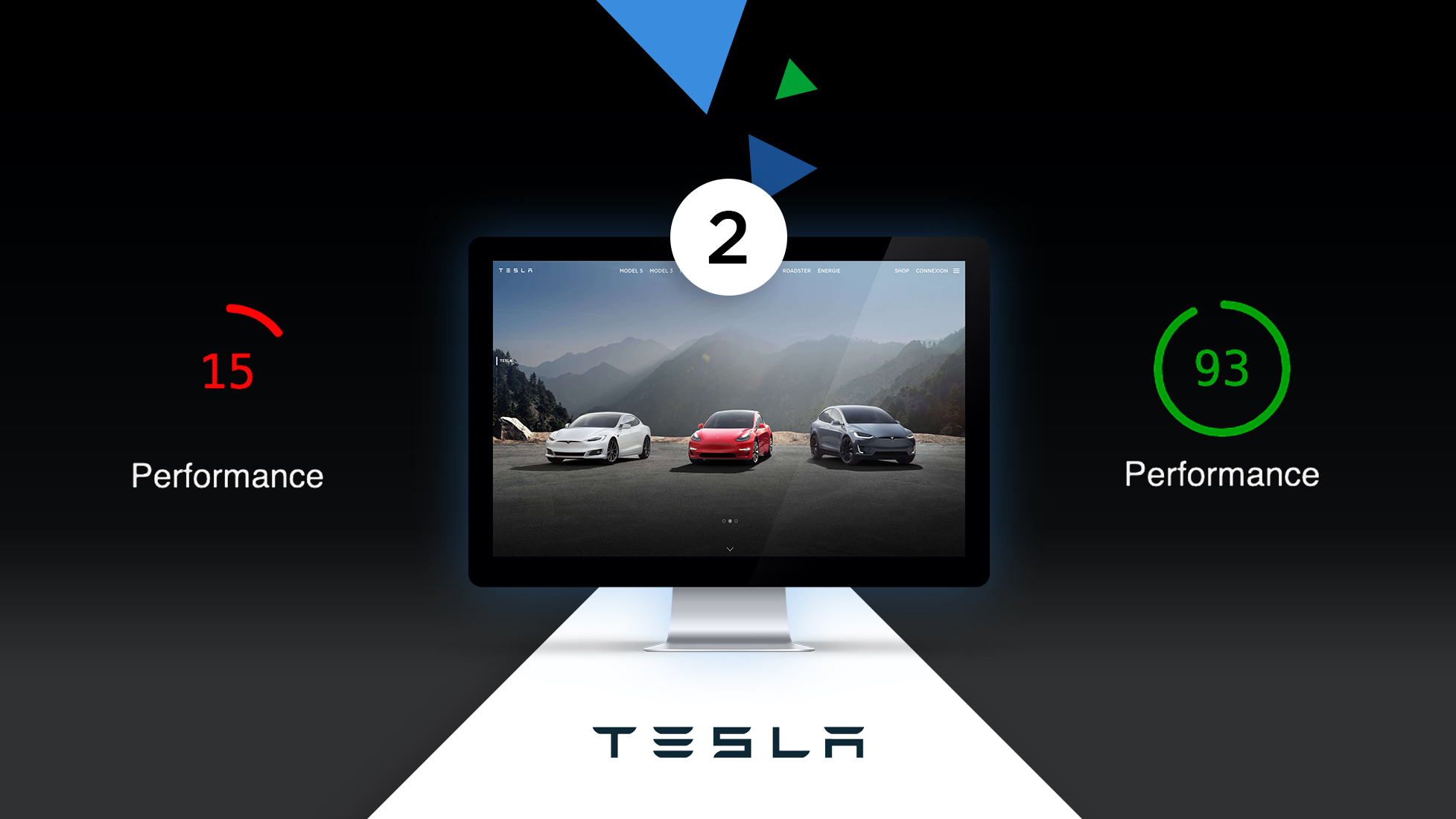 In part 1 of this series I did three things to make Tesla.com a little bit lighter and faster:

In part 2, I will dive into the main CSS file and see what I can do to make it lighter and load more efficiently.

CSS is a render-blocking resource. This means that until the CSS discovered during the HTML parse phase is downloaded, parsed, and applied to the HTML page, nothing gets rendered. That's why it is very important to:

Tesla.com has a lot of CSS, the biggest one is 2.5 MB. That's a lot. A quick investigation showed that it is full of inlined assets, some of them encoded in base64 (base64 in itself has around 15% overhead). I will not go through the trouble of decoding all those resources into their proper SVG formats, but I can split this CSS into logical parts that can be loaded asynchronously.

After all the removals and extractions, the main CSS is 366 KB. This is over 2.1 MB (~90%) less and this is the size of the CSS that is blocking the rendering of the page when it's downloaded. The rest of it is asynchronously loaded later on. Perceived performance should improve a lot just by doing that.

One thing that I noticed across this file is that it uses an extreme number of media queries. At this point, I would just separate this CSS into breakpoint-specific CSS and not pack it into one.

It is very easy to load JS and CSS on demand using webpack.

This is what the main JavaScript file looks like at the end of the process:

While working on extracting icons, I noticed that apart from being encoded, they are included twice. Once in a form of base64 and once as an SVG source directly. This is a huge waste, so let's remove the base64 ones since they were overridden later on, so not used.

Extract country flags and icons to separate CSS (one per locale)

In the page source I found these couple of lines:

This means that the default locale for the website is en_US, and it changes when the user changes the language. The browser, during runtime, can determine which locale should be loaded, so we can easily load only the one we need, instead of loading all 44 of them.

And then we need JS files for locales, because in webpack 4 (in version 5 that will change) CSS cannot be an entry point.

After that, I extracted the German locale to de_de.css as a proof of concept and left only en_US inside of the main CSS file.

Devtools show that there is a whole lot less CSS than it used to be. And it is loaded more reasonably. Some CSS is still blocking, loaded in head, some of it is loaded asynchronously.

At the end of the journey we got something green in Lighthouse:

What is even more important than Lighthouse score, is when the user sees and can interact with the page, which is clearly better and is visible on the webpagetest.org test: https://webpagetest.org/result/200526_0G_cb466cf80f135f4e66c24dab58338cd2/ 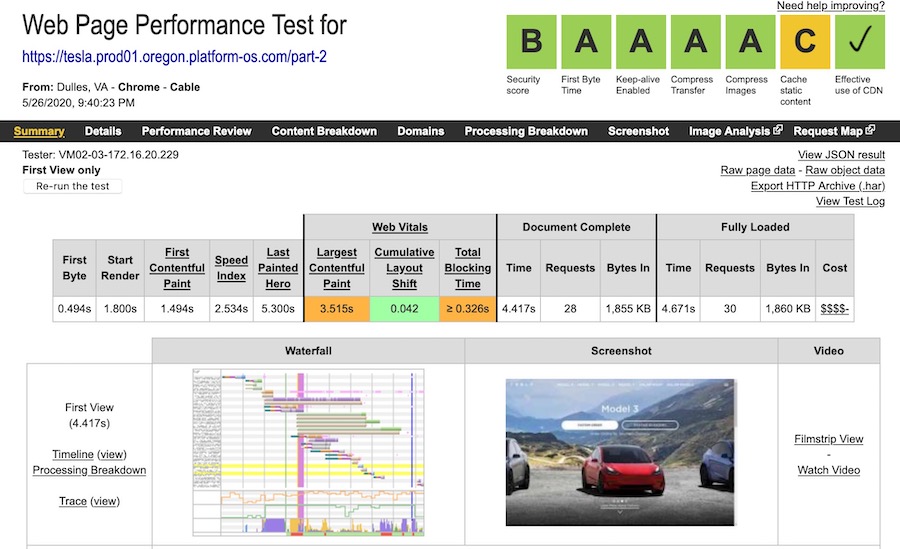 User can see and use the site after 4 seconds. Before it was 17.

Knowing and using the correct techniques for certain situations makes or breaks the page. In 2020 we have many good tools to implement those techniques. With webpack and other asset bundlers, it became easy to handle all those heavy webpages with grace and prevent user experience degradation even if you need 200 KB+ of JavaScript to show a blog post or your marketing cannot live without Google Tag Manager which is a topic for a whole another article.

This article's conclusion is that everybody makes mistakes. We live in an imperfect world, and performance is more of a process than a one time job. I'm pretty sure all the issues that arose in Tesla's codebase are the results of hundreds of decisions and a lot of pressure for deadlines. But an iterative approach makes sure that everything can be changed. Fortunately, there is much more room for improvement.

You can see the results and source code here: